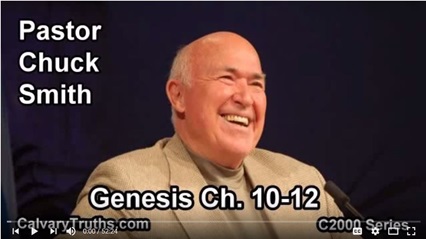 The descendants of Noah wandered from the mountains of Ararat, which exist above the Fertile Crescent that borders the Arabian Desert to Mesopotamia and Babylon, and built their cities on the fertile sandy plains that existed between the Tigris and Euphrates rivers.

Babylon ( on the plain of Shinar ) was the most popular city of these plains.  It's people were skilled at building pyramid-like towers, called Ziggurats, that were made of bricks that were baked and joined together by bitumen mortar (asphalt found in its natural state or tar). Some were almost 300 feet high with temples at the very top and at the base.

These people believed that the gods used these temple-towers as steps on their way to an earthly dwelling place.  At this time, all the people of the world spoke one common language and they decided to put their efforts into building a larger city with the largest tower that would reach to the heavens.  They thought that they would be famous having the tallest tower in the largest city and people would come from everywhere just to see it or live there.

The people’s intention was to become one and not be scattered.  God decided to confuse their language and stop them from building the tower so they would continue to populate the world.  Also the bible says this great city was called Babel, because it was there that the Lord confused the language of the whole world.

God was about to reveal himself to one man and start the Hebrew nation whose people would be known as the chosen people.

A man by the name of Abram,  his wife Sarai, and his nephew lived in a land called Haran. They were brought there by Abram's father Terah, a numbers of years before.

According to the book of Genesis, Chapter 12, verses 2 and 3:  When Abram was seventy-five years old,  the Lord spoke to him and said,

"Leave your country, your people and your father’s household and go to the land I will show you.

I will make you into a great nation and I will bless you and who ever curses you I will curse; and all the peoples on the earth will be blessed through you."

Abram took his wife Sarai, his nephew Lot, all their possessions and the servants they had acquired in Haran and traveled through the land of Canaan to the site of Shechem, to the oak of Moreh.

After entering Canaan,  Abram went through a period of wandering that lasted about ten years.  He journeyed to Shechem,  Bethel,  and the Negeb ( which is the desert area south of Judea ).

During a time of famine,  Abram journeyed to Egypt where there was no famine for a while.  During the years of wandering,  Abram made many friends with Amoritish chieftains and kings and made some enemies,  including the Pharaoh of Egypt,  who feared for his own life,  when God gave him a warning not to take Abram's wife,  who he thought was his Abram's sister,  for one of his own wives.  Pharaoh invited Abram,  his wife and all of the people who were with them to leave Egypt unharmed.

Abram and his nephew Lot,  separated because their herdsmen were constantly quarreling.  Lot chose the fertile plain of the Jordan and Abram lived among the oak groves in the hills of Hebron.

Many different tribes of people inhabited the land that God spoke of and Abram must have wondered what God was going to do with all the people who were there now.  God reassured Abram saying,

"Know for certain that your descendants will be strangers in a country not their own,  ( Egypt ) and they will be enslaved and mistreated four hundred years.  But I will punish the nation they serve as slaves,  and afterward they will come out  ( lead by Moses )  with great possessions.

You,  however,  will go to your fathers in peace and be buried at a good old age.  In the fourth generation your descendants will come back here,  for the sin of the Amorites has not yet reached its full measure."

On that day the Lord made a covenant with Abram and said, "To your descendants I give this land, from the rivers of Egypt to the great river, the Euphrates-- the land of the Kenites, Kenizzites, Kadmonites, Hittites, Perizzites, Rephaites, Amorites, Canaanites, Girgashites and Jebusites."

After this, the word of the Lord came to Abram in a vision:

But Abram said, "O Sovereign Lord, what can you give me since I remain childless and the one who will inherit my estate is Eliezer of Damascus?" And Abram said, "you have given me no children;  so a servant in my household will be my heir."

Then the word of the Lord came to him:  "This man will not be your heir,  but a son coming from your own body will be your heir." He took him outside and said,  "Look up at the heavens and count the stars--if indeed you can count them."  Then he said to him,  "So shall your off-spring be."

And 'Abram believed the Lord,  and He credited it to him as righteousness.'

Author's Note:  Please notice that...
God considered Abram righteous because
he believed what God had told him!