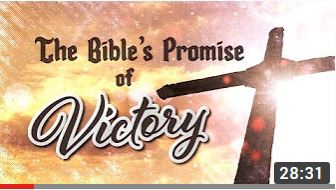 Where Is The United States In Biblical Prophecy?
( In The Bible, In The Last Days )
Click on Christ In Prophecy by Dr. David Reagan !

This is a book written to the seven churches of Asia,  which represents all the churches that exist everywhere in the world.  They were real churches and were located on the main roads running North and South and communication between them was easy because of their location.

Revelation or  "the unveiling"  was written 'in order that the evils in the churches might be corrected and they might be prepared for the events that were about to confront them.'

The Christians were already feeling the pressure of paganism and the threat of persecution at their doorstep,  because the moral and social conditions of the empire were getting worse.

This letter from John 'provided a new perspective on history by showing that the kingdom of Christ was eternal,  and that it would ultimately be victorious over the kingdoms of the world.'

'The First Vision  pictures Christ as the critic of the churches, who commends their virtues and condemns their vices in the light of His virtues.

AUTHOR'S NOTE:  God sends this revelation through Christ, to John.  He tells John to  “write down the things you saw,”  Revelation: Chapter 1:  ( "The Vision Of Jesus Christ" ) "then write the things that are," Revlation: Chapters 2-3  ( "Jesus' letters to the seven Churches" )

It was revealed to John at ( Revelation, Chapter 3: verse 10 ), what was to come for the “CHURCH” ( the believers of Jesus ) after they had finished their work and were taken off the Earth or “caught up into heaven” by an event we know as “the rapture”.

In an instant, all Christian believers, ( all of those who have put their trust in Jesus as their personal savior ) who are living or have died – will join Christ in the sky, and be taken into heaven and reunited with their loved ones who have gone before them. They will be given new bodies, ( not corruptible ), but like Jesus’ body and live in His presence forever.

In the book of Revelation, the “CHURCH” is not mentioned after Chapter 3. ( the beginning of the TRIBULATION or "the crushing" )  They are all in heaven with GOD!  They are not mentioned again until they come back with Jesus after the Tribulation when He starts his 1000 year reign on the Earth.

The apostles asked Jesus when He would come back and take His people off the Earth.  Jesus tells them,  As for the exact day or hour, no one knows it, not the angels in heaven nor the Son, but it is known only to the Father.”

Jesus’s  words  to  the  “CHURCH” of Philadelphia:

“You have kept my command to remain strong in the faith no matter what happens.  So I will keep you from the time of suffering.  ( THE TRIBULATION ) That time is going to come to the whole world.  It will test those who live on the earth.”

THE FIRST LETTER OF PAUL
TO THE CHURCH OF THESSALONIANS

13 “Brothers and sisters, we do not want you to be uninformed about those who sleep in death, so that you do not grieve like the rest of mankind, who have no hope.  14 For we believe that Jesus died and rose again, and so we believe that God will bring with Jesus those who have fallen asleep in him. 15 According to the Lord’s word, we tell you that we who are still alive, who are left until the coming of the Lord, will certainly not precede those who have fallen asleep. 16 For the Lord himself will come down from heaven, with a loud command, with the voice of the archangel and with the trumpet call of God, and the dead in Christ will rise first. 17 After that, we who are still alive and are left will be caught up together with them in the clouds to meet the Lord in the air. And so we will be with the Lord forever. 18 Therefore encourage one another with these words.”

'The Second Vision  deals with the progressive series of seals,  trumpets,  and bowls,  which mark the judgment of God upon a world dominated by evil.

AUTHOR'S NOTE:  “then write the things that will take place right after this” Revelation: Chapters 4 -16  ( “Worship In Heaven”, “The Tribulation” )

Each vision, which is a time frame, advances to the next vision and tells a story of how God will allow the world to be seduced by Satan until he sets up his throne in God's Holy Temple to be worshiped.

AUTHOR'S NOTE:  After Satan sets up his throne, The next three and half years of the tribulation are the worst mankind has ever seen or will ever know.

'The Third Vision  depicts the overthrow of evil society,  religion,  and government in the destruction of Babylon and the defeat of the beast and his armies by this victorious Christ.'

AUTHOR'S NOTE:  “then write the things that will take place right after this” Revelation: Chapter 17: Verses 14 - 18 and Chapters 18 - 20  ( “The Thousand Year Reign of Jesus Christ”, and “The Judgement of all the inhabitants of the World since the beginning of time – Dead and Alive” )


Then God will send Christ to defeat Satan and end the world as we know it and start a New World Kingdom with Christ as King. Satan will be locked up in the abyss ( bottomless pit ) for a thousand years while Christ rules the world with those ( alive and who will be raised from the dead ) who were faithful to him and not seduced by Satan.

At the end of the thousand years, Satan is released and will go out and deceive the nations scattered over the whole world and bring them together in battle to wipe out God's people, but fire will come down from heaven and destroy the people of the nations who have gathered to destroy God's people.

Satan will be thrown into the lake of fire and sulfur, where the beast ( Satan's slave who is given power by Satan and demands to be worshiped ) and the false prophet have already been thrown; they will be tormented day and night forever. The rest of the dead will be raised back to life. Then God will judge all the generations that have lived on the earth according to what they had done.  Whoever does not have his name written in the book of the living is thrown into the lake of fire along with death and the world of the dead.

'The Fourth Vision  is the establishment of the city of God,  the eternal destiny of His people.  The book closes with an exhortation to the readiness for the return of Christ.'


Then a new heaven and earth will be seen and the first heaven and earth will disappear and the sea will vanish.  John says, 'he saw the Holy City, the new Jerusalem, coming down out of heaven from God, prepared and ready, like a bride dressed to meet her husband. He said he heard a loud voice speaking from the throne: "Now God's home is with mankind! He will live with them, and they shall be his people. God himself will be with them, and he will be their God. He will wipe away all tears from their eyes. There will be no more death, no more grief or crying or pain. The old things have disappeared.