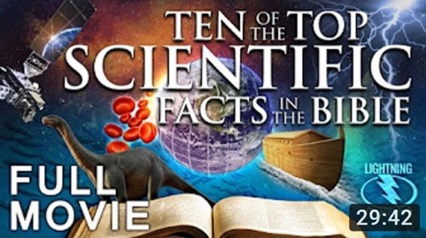 God has revealed a part of himself in the bible and yet we don't have the answers to questions like...

How big is the Universe?

Where does it exist and where did it come from?

How was the Earth created and was mankind created or did he evolve from bacteria and animals?

If we evolved,  then where did that "life" come from?

If God created all of it,  then where did God come from?

The bible puts forth an answer for some of these questions.

It says God created the Heavens and Angels,  Earth and all the life on Earth.

It says the  'Angels shouted for joy',  when God created the Earth.

The Bible tells of  Lucifer,  the angel who was created perfect and without sin,  but because of his beauty and splendor,  his heart became proud and his wisdom was corrupted.  His desire for the honor and glory,  that belonged to God alone,  caused him to sin and rebel against his Creator.  He was judged by God and thrown to Earth along with a third of the angels who accepted Lucifer as their leader.

( Book Of Ezekiel: Chapter 28, Verses 12-15 )
Note: The King of Tyre was never mentioned as
being in the Garden of Eden with Adam and Eve.

AUTHOR'S NOTE:  After his fall from grace,  the bible never refers to the name Lucifer again.  It was his name only in the state of grace.  He is now called Satan, Beelzebub, Devil, the tempter, serpent and other names.

The Bible says God created the Heavens,  the Universe,  and the Earth in six days and on the seventh,  He rested.  From all that has been written in the world,  it is still evident that God does not have a timeline.  God has not revealed his origin or the details of His creation,  but in order that mankind might have some understanding,  creation has been put into terms of sections called days.  Moses said,  "A thousand years is like one day to God",  but only God knows how much time has passed since He created all of it.

( The Creation of Heaven and Earth )
is found in the book of Genesis: Chapter 1


God prepares a home for mankind,
plumbed with oceans,  seas,  lakes  and  rivers.
He decorates our home with tropical jungles,
and sets the tall curtain-like forests
against the great walls of mountains
that divide and surround us.

The creator plants the fertile valleys
with grapevines and fruit trees.
He waxes clean the floors of the desert
with hot scorching winds
and roofs the towers of our
magnificent home with icy snow caps.

God adds life to the water of the earth
and wings to the sky.  He fills our home
with strange looking creatures; some to give
us food,  some to help us do our work,
and some to be our friends.

The bible says that God created man,  but there were two creations of mankind.

the second when God 'breathed the spirit of life' into the body.

Genesis gives us two statements regarding the creation of mankind in the voice of God.

It says that God said,

'Let us make man in our image'

'So God created man in his own image'.

The first statement refers to more than one being:  actually three entities that make up God's presence:  the Father, the Son... who is the word of God, and the Holy Spirit.

All three are present when God is spoken of as one God, as it is used in the second statement  'So God created man in his own image'.

The bible says that God knew man needed a mate and he created a woman for the man; from the man's rib.

God created a beautiful garden called Eden for the man and woman,  who were named Adam and Eve.  He created them both innocent and gave them a warning that they would die if they ate the fruit from The Tree Of The Knowledge Of Good And Evil.

Satan ( Lucifer ),  disguised as a beautiful snake in the garden,  told them that they would be like God if they ate the fruit from that tree.  Adam and Eve chose to believe Satan which allowed him to plant the evil seed of doubt into their hearts and they lost their innocence.

Because of this,  the testing of all mankind began.  With each generation born to the earth,  the evil impulse which is sin,  remains with mankind and each person chooses to live their life following the ways of God which lead to life forever,  or following the sins of Satan,  which lead to death.

In the garden,  God took care of Adam and Eve.  There were all kinds of trees that were 'pleasing to the eye and good for food'.  There was no reason to worry,  no tears of sorrow and no shame,  but Adam and Eve brought a curse upon themselves by not believing God and now were banished from the garden.  Their eyes were opened to the differences of good and evil.  Now women had to bear and take care of their children and men had to work to provide for their family.  The snake would have to crawl on it's belly and eat dust,  and have mankind as an enemy.

God was pleased with Abel's offering, but he was not pleased with Cain's offering because of the attitude of Cain’s heart.  Because of jealousy Cain killed his brother Abel and when God asked Cain about his brother,  he denied knowing what happened.  Then God told Cain because he killed his brother,  the ground would no longer yield crops to him and he would be a restless wanderer on the Earth.  So Cain moved to a place called Nod,  east of Eden and with his wife had many children.

AUTHOR'S NOTE:  ( No Audio )  This begs the question: Where did Cain find a woman to be his wife if Adam and Eve only had Cain and Abel?


Because of the loss of their son Abel,  God gave Adam and Eve another son named Seth.  Nine generations were born;  each lived to an average age of over 900 hundreds years.  At the 10th generation,  a man named Noah lived and was 500 years old when he became the father of 3 sons named Shem, Ham, and Japheth.